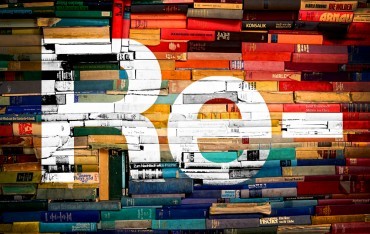 I’m a member of the Steering Committee for the ‘Re-‘ Interdisciplinary Research Network at CRASSH (Cambridge University), and we have a symposium coming up in early summer. The CFP is copied below (it’s also available online)

A concept that has been at the fore of discussions around the sociology of scientific knowledge, the limits of AI, and most recently the design of ‘collective intelligence’, is ‘tacit knowledge’. First coming to prominence in the 1960’s, with Polanyi’s The Tacit Dimension (1966), it is a concept that continues to be addressed by scholars and practitioners from a wide range of disciplinary and inter-disciplinary perspectives, and applied fields of practice. This conference explores the place of the tacit in the 21st Century, where our lives are increasingly augmented by AI algorithms.

Engagement with and through social media networks and mobile apps are re-shaping the notion of community and family, and affecting wellbeing, as well as the cultures of the workplace and institutions. The exponential rise of big data flows in networked communications causes vast gaps in translation, confusion about what is true and false, and mistrust of ‘experts’. In the shadows of machine thinking we are unable to engage with difference.

This challenges us to come up with technological futures rooted in us as persons, not as numbers, parts, sensory mechanisms, genes, and individual bodies.

What alternative models might allow humans to better engage with technology? How can we reconsider the relation between a person and a collective intelligence? How can we reconceive the self as interaction in a digital age?

Ideas of performance and re-performance help us reposition seemingly singular subjects and objects as collective phenomena, and help reconnect art and science after their separation in the 19th Century; but the arts in general can play a key role in questioning and reframing our understandings by directing attention to the tacit assumptions, norms, and expectations embedded in all cultural processes.

There is a supposed neutrality around technology, evidenced in the idea that human ‘intelligence’ can, in the absence of ‘person’, be artificially re-presented, re-constructed and re-produced through computation (AI). The conference explores in what ways the interplay of the arts and sciences is reconceiving augmentation, and questions what an ‘intelligence’ that is ‘artificial’ might be.

We invite contributions from across the disciplines and practices of the arts, performance arts, humanities, social sciences, natural sciences, engineering, neuroscience, technology, and healthcare to engage in reflections on these and other issues around tacit engagement in the digital age, in line with the four central themes of the conference: